Register for the Class

How does Christ relate to creation?

Many modern Western Christians have imagined him (after resurrection) above creation, reaching down into our hearts to work a drama of salvation for which "nature" provides a stage (one day to be left for heaven). Yet the biblical witness and much of Christian tradition envision Christ in creation, holding it together, entering its suffering bodily, reconciling all of it—not only humans—to God.

Could such a vision inform how we see ourselves as the body of Christ now?  What would it mean for our worship?  How could the arts help us reawaken to Christ's presence in creation? How might we join Christ's work of reconciliation in a world in which ecological, racial, and economic injustice are inseparably linked?  These are some of the issues we'll consider together this fall.

Learning from Scripture to see Creation in Christ

September 13
Our Place in Creation

Other Links of Note:

Worshipping with other Creatures in Christ

October 4
Our Priesthood and Creation Care

October 11
Praising with other Creatures

October 25
Joining the Praise of Creatures

Pulses of the Universe: A Musical Celebration of Creation
A concert that includes a portion of Christina Rossetti's
"Processional of Creation" set to music by Carlos Colón

Loving Attentively and Practically in Christ

November 1
Contemplating Creation with Love in the Risen Christ

November 8
Drawing as Contemplation in Practice 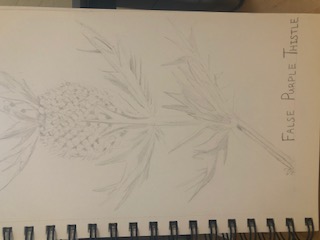 Learning from Scripture to see Creation in Christ

September 6
Class introduction to why we are raising these topics, and how we'll do so, with an emphasis on what it means to see ourselves as Christ followers while living in the midst of a climate crisis and ecological devastation.
We'll draw upon a few anecdotes, scripture, and poetry.


September 13
Richard Bauckham,
“The Human Place in Creation—A Biblical Overview”
From Living with Other Creatures: Green Exegesis and Theology, 2011

September 20
Norman Wirzba,
“Reconciliation through Christ”
From Making Peace with the Land, 2012

Worshipping with other Creatures in Christ

September 27
Bill McKibben
"Foreword"
George Theokritoff,
“The Cosmology of the Eucharist”
From Toward an Ecology of Transfiguration: Orthodox Christian Perspectives on Environment, Nature, and Creation, 2013

October 4
Metropolitan John (Zizioulas) of Pergammon,
“Proprietors or Priests of Creation?”
From Toward an Ecology of Transfiguration

October 11
Richard Bauckham,
“Praising our Maker Together” thru “The Community of Creation”
From The Bible and Ecology, 2010

October 18
Richard Bauckham,
"The Whole Creation Mourns” and “Praise and Lament”
From The Bible and Ecology, 2010

Loving Attentively and Practically in Christ

*Optional extra for those interested:
Norman Wirzba,
“Perceiving Creation”
From From Nature to Creation, 2015

November 8
Drawing as Contemplation:
Art lesson with Joel Edwards and reflections on his drawings of trees

November 22
Norman Wirzba,
Reconciliation Through Eating
From Making Peace with the Land, 2012

Discussion with DaySpring representatives of the World Hunger Relief Farm